Who Drives the Fund

The founders and sponsor investors have 80 years of combined experience and have worked closely together for over 15 years as entrepreneurs, technical consultants, mobility thought leaders and venture capital professionals.

Get in touch with us through the contact form

As a Co-Founder and Managing Partner of Quantum Growth Ventures, Vipin leads deals across Europe and USA in Automotive, Transport and Logistics sectors. He has an entrepreneurial approach at improving bottom-line results and has over 25 years of managerial & consulting experience, working with technology companies serving the Next-Gen Mobility ecosystem. Based out of the Netherlands, he has been investing and developing client relations, expanding global footprint of his investments, and establishing channel partners in multiple international geographies. Vipin is a Thought Leader and a regular speaker at events and has appeared in several publications (newspaper and professional).

Vipin has a Bachelor's degree in "Computer Engineering" and a Master's degree (M.B.A.) in “Strategic IT Management”. 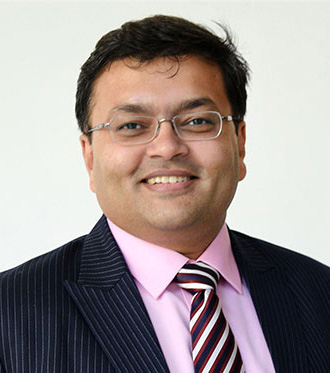 Niraj is the Sponsor Investor & Senior Advisor of the Quantum Growth Ventures.

Niraj is a successful venture capitalist and a co-founder of Tempest Ventures, a family office venture capital firm in 2004. He has a rich experience in identifying, negotiating and closing venture capital deals as well as providing management and strategic advice.

Niraj heads the Gateway Group of Companies as the Founder, Chairman & Managing Director. As a chief architect of the Group, he is responsible for a consolidated growth in markets across the globe and oversees the company's expansion. He is at the helm of several initiatives in technology, applications, processes, customer deliveries and business development. He is an engineer and an MBA. 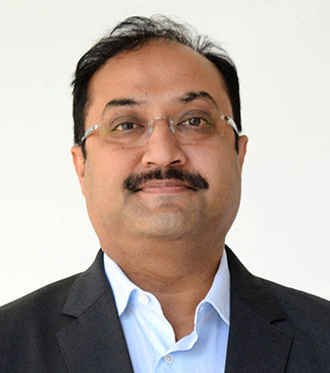 Indrajeet is a Sponsor Investor at the Quantum Growth Ventures. He is a technocrat with over 20 years of experience. He is a technology leader for the portfolio companies. He drives his super team of over 600+ software engineers and is responsible for the best software development practices to be followed by the organizations.

Indrajeet is the joint managing director of the Gateway Group of Companies. He has consistently delivered significant positive changes and envisioned and built the technology team at Gateway. He is a Master of Computer Application (MCA) by qualification, but an inspirational figure for all tech-lovers. 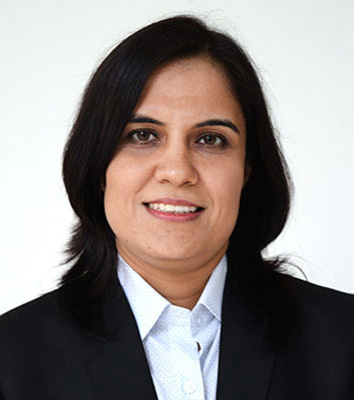 Lina is a chartered accountant by profession with a Master's degree in Commerce and a Law graduate. She has over 15 years of experience in corporate & business, finance, international taxation, financial planning, treasury & risk-management. At the Quantum Growth Ventures, she is responsible for legal and financial due diligence process of the target companies, monitoring the performance of the investments and guiding the Portfolio companies, focusing mainly on the effective treasury management.

She is a chief financial officer and is a part of the strategic team, actively involved in the evaluation and due diligence process. 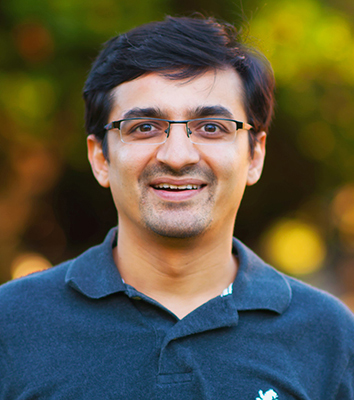 Harry is a tech leader with over 15 years of experience in Big Data, Business Intelligence and Advanced Analytics across many business domains. Currently, Harry is enabling Google to build up its prowess in e-commerce by leveraging its vast amount of data and industry leading AI capabilities.

Previously, Harry worked at eBay during its hyper growth phase where he led the development of advanced analytics platforms for Global Fraud Science & Customer Operations that helped support more than 100s of million active users, safely buy and sell goods worth $60+ billion annually.

He has served as an advisor to the CTO of SurveyMonkey and consulted with LinkedIn on their analytical capabilities in marketing and payments. He carries startup battle scars & has a passion for education technology. 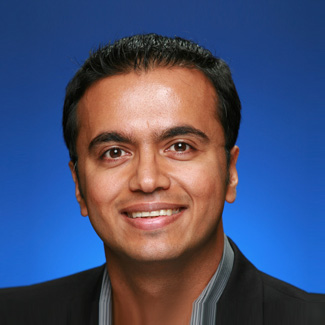 Jatan Shah is a COO and Executive VP at QSC LLC, a technology company in Orange County, California. Jatan's experience includes strategic management, financial oversight, operations, product development, IT and in several other areas of the company. Prior to QSC, Jatan was a Senior Engagement Manager at McKinsey & Company. At McKinsey, Jatan advised clients across many sectors including Healthcare, Consumer Packaged Goods, Industrial and Technology sectors, across a variety of topics with the addition of Operations and Strategy.

Jatan was a member of McKinsey's private equity practice advising clients during due diligence as well as portfolio company transformations. Prior to McKinsey, Jatan spent five years at United Technologies Corporation in several locations across Europe and North America. Jatan holds a Bachelor's degree in Engineering, a Master’s degree in Industrial and Operations Engineering and another Master’s degree in Management with a concentration in Finance. 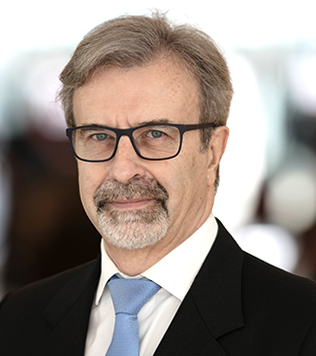 Pascal is a recognized expert in mobility area, having been elected in the Fleet Europe “Hall of Fame” in 2013 for his contributions to the fleet management and vehicle lease industry, as well as guiding ALD S.A. towards a successful integrated global fleet services approach.

In 2017 he created Moby-D, his own mobility consulting company. He has also joined Nexus communication’s board, and chaired the advisory board for Latam Fleet. Additionally, he became Autofacets’ director for France.

Pascal began his career in 1975 as a consultant in macroeconomics for Latin American and African governments. He joined Société Générale, the French Bank, in 1988, as the Deputy Chief Economist and started working in the car financing and mobility fields in 1991. He was appointed Managing Director of Sogelease in the UK in 1991 and Fiditalia in Italy in 1993. In 2002 Pascal joined ALD Automotive as Sales and Marketing Director and from 2008 as Deputy CEO. He was instrumental in the company's expansion, major acquisitions, opening of new markets around the world and signing of partnership agreements with OEMs. When he left the company in 2017, ALD S.A. had a portfolio of 1.450.000 cars, which was present in 43 countries and 20% of its capital had been successfully introduced into the French stock market.

Pascal holds an MBA degree from HEC (Hautes Etudes Commerciales- 1975) and a PhD in Economics from Paris VIII University (1986). 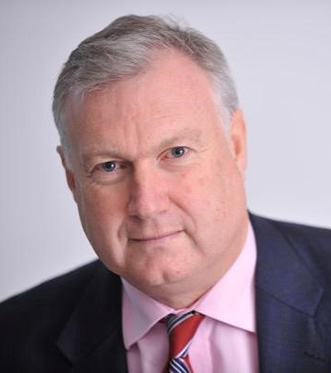 Stephen Covers, is the co-founder and co-owner of Gemani Ltd. and the CEO of Gateways Digital, UK and Ireland. Steve, has an extensive experience in Sales, Marketing, Operations, Finance and General Management and has enjoyed a successful business career spanning more than 25 years in the Global ICT Industry.

His passion is to create significant business advantage for his clients using innovative services and solutions for his clients. He has led several profitable and high growth business outsourcing divisions for over 10 years of his career, and while this has been his primary focus, he has personally led many successful global business programs across many different verticals; including securing and delivering several ICT outsourcing projects and contracts, each in excess of $150m value or more.

Steve has a degree in Physical Science (Hons) from Coventry University, London. In 1982, soon after his graduation, Steve started his career as a Software Graduate Engineer for a Digital Equipment Company. Thereon, Steve has supported a series of senior roles in sales, commercial, and operational in companies like Sprint, Equant, Verizon Business and Getronics. 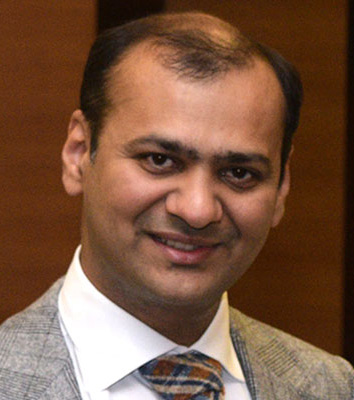 Ashit Shah has a technical background with focused expertise in the automotive segment. Ashit holds a Master’s degree in Information Technology (MIT) and Master’s in Business Administration (MBA).

He has 15 years of expertise in implementing end-to-end complex technology projects in Automotive, Banking, Hospitality and Retail verticals. However, in the last 5 years he has specialized his skills into technical solutions within the automotive industry. 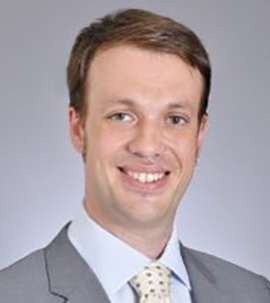 Han is a ‘product leader’ in deep learning and machine learning, from mobile platforms to the datacenter. He has knowledge of hardware and has software expertise in the emerging artificial intelligence market, where GPU computing drives rapid innovation. His specialization lies in product management, business strategy, sales enablement, business development & technology evangelism. 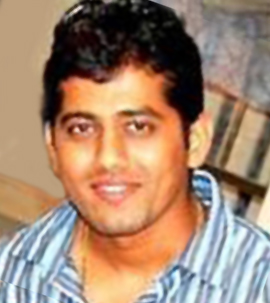 Sharlik leads the hardware and software program management as well as the partnership management for the “Self-driving car” project.

When at Google Glass, Sharlik led the hardware program management for the Google Glass project (being the first PM on project). He led the partnership management with CM, suppliers and led as well as managed all process development for product life cycle. He created, managed and deployed multiple processes for Glass engineering management. 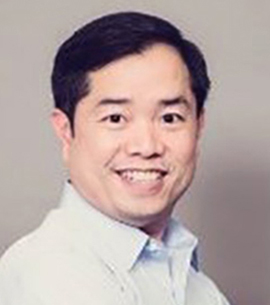 Currently, Chi-Yi is director of analytics and data mining at LinkedIn. Previously, he worked at eBay and DemandTec (an IBM Company). He also advises companies on Data Science to transform high-throughput data into data-driven business decision-making and is a frequent conference speaker in the US and Asia. Chi-Yi holds dual M.S. in Statistics and Engineering-Economic Systems & Operations Research from Stanford University. 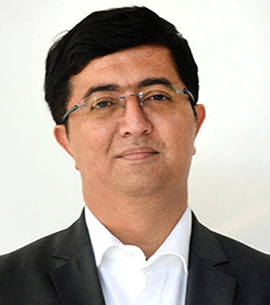 Sameer is responsible for exploring cutting edge technologies and adapting them to client solutions, bringing technology competency in the development team and preparing them to deliver state of technology solutions with an adaptation of the best practices in the industry. He holds the greater grip on next generation technologies viz. Artificial Intelligence, Robotics, Internet of Things, Machine Learning, Augmented Reality, SaaS, Cloud Computing & Cyber Security Practices.

Sameer has over 22 years of industry experience in information technology and telecommunication and has a B. Tech Information Technology and Master in Computer Science from Pune University. 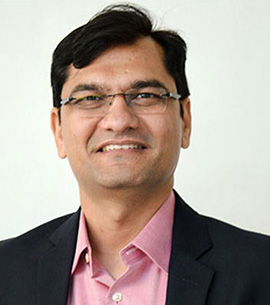 Vilas has more than 20 years of experience in the management of many critical and large-scale projects in the field of Finance, Insurance, Banking, e-Commerce and IT. Vilas plays a crucial role as Client Success Director in ensuring smooth delivery process.

His rich exposure to various engagement models helps the delivery team devise the strategies for optimal delivery and execution model. His constant focus on emerging and high technology has helped the company grow in this era when a new technology is born very often. He holds a Bachelor’s degree in Electronics and Communication from Gujarat University.

Download our fund deck by filling out the form below.